Not many of all you know that there are places to visit in Isabela. They might be more known when it comes to agriculture being the rice and corn granary of the Philippines but Isabela also has a lot to contribute in terms of tourism. Isabela is also the second largest province in the country and we haven’t explored its boundaries. Isabela is also the home to the grandest Bambanti Festival.

When you head to Isabela or Ilagan City, you shouldn’t miss the experience of adventure and excitement at Ilagan Sanctuary.

What the Ilagan Sanctuary has to Offer

Activities and Rates at Ilagan Sanctuary (per person)

There also are packages and accommodations. For rates, see photo below. 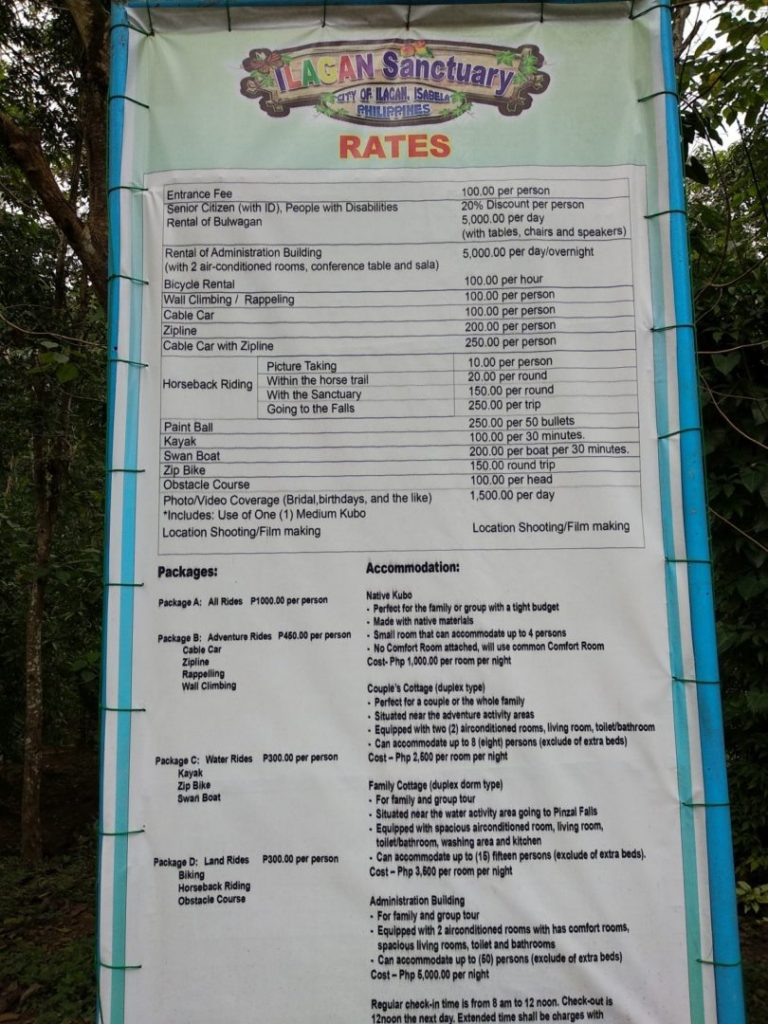 The activities I got to try were the Zipline, Cable Car, and the Treetop Adventure. We also got to visit the three (3) caves in the sanctuary and the animal kingdom (mini zoo) with lions, tigers, boa, crocodile, turtles, monkeys, and more.

The zip line in Ilagan Sanctuary holds the record for the fastest zipline in the Philippines according to our guide. You’d be coming from a 700 feet high hill then heading fast down to only a few meters high above the ground area.

The cable is your fastest way up the hill for the zip line. It can carry up to four people at once.

This isn’t like the treetop adventure in Baguio, this one’s an easier track. You will only have to take off your fear of heights and cross the hanging bridge. This track leads to the caves.

Main Cave is the first cave you’ll enter after finishing the bridges course on Treetop. It’s also the largest cave among the three caves. 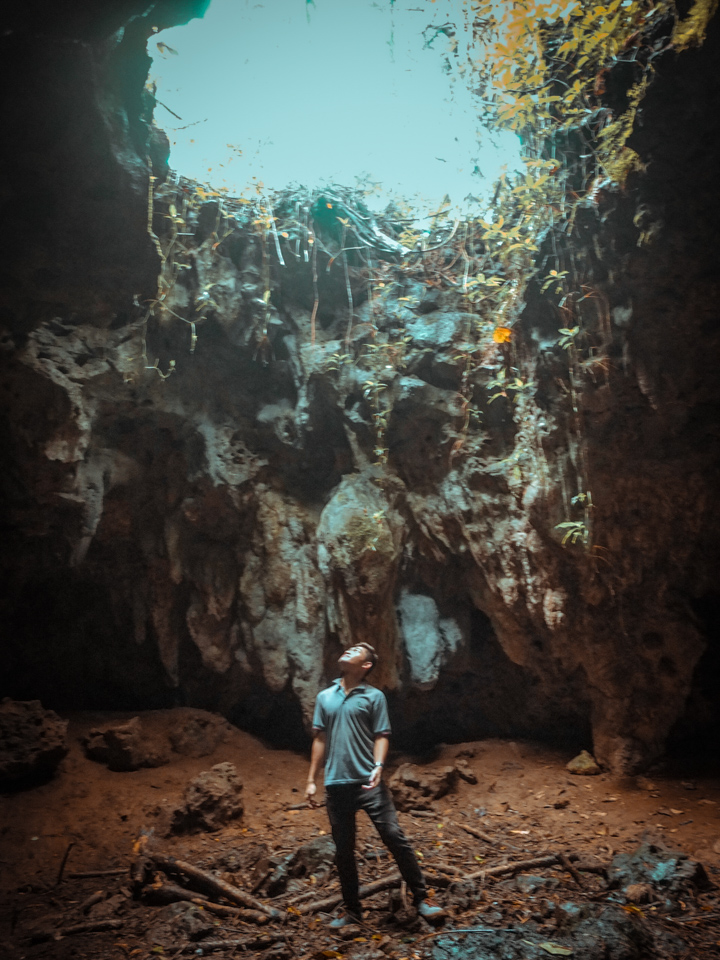 The Moon Cave was called such because it has a hole at the center for the light to enter.

This cave was called the Altar Cave as it has an altar-shaped crevice where a religious image was previously placed.

The Animal Kingdom is a mini zoo within the sanctuary. It holds lions, tigers (the biggest tigers I’ve seen so far), monkeys, domesticated giant snakes/boas, crocodiles, turtles, a lot more.

There was even a waterfall in the sanctuary which can be trekked for about 20-30 mins. We didn’t get to see the waterfall as we only have a limited time.

How to get to Isabela

If you don’t feel like driving 380 kilometers to Isabela, you can take a ten (10) to eleven (11) hour provincial bus ride from Kamias, Quezon City straight to Cauayan, Isabela for just P650.00 per person. You can easily book your ride as this is available in huge bus companies such as Victory Liner, Five Star Bus, and Florida Transport. Check bus rates here.

But if you want to immediately get there to start your adventure, you can book a flight to Cauayan, Isabela with an approximate travel time of 1 hour and 30 minutes.

How to get to Ilagan Sanctuary

The terminal to Ilagan Sanctuary is located along the National Highway at Brgy. San Andres, 6 km north of the city of Ilagan. One can ride a northbound bus, van or jeepney and alight at the junction, where tricycles (PHP 150 roundtrip, with waiting time) can be hired to take you to Ilagan Sanctuary (entrance fee: PHP 50, inclusive of use of the swimming pools) in Brgy. Santa Victoria.

If you have a car, use Google Maps or Waze for navigation. Else, ride a tricycle and ask the driver to drop you off at Ilagan Sanctuary.

Why Whistler Is the Perfect Vacation Spot

25 things you wish you knew before going to Boracay

REVIEW: Taiwan Unlimited Data Sim Card | Where to Buy one?