The Jerny – Travel and Inspirations
Bataan

“A journey of a thousand miles begins with a single step”.

Being reminded of this famous saying from a proverb gave me the goosebumps as the Commemoration of the 77th Day of Valor tipped off last April 8-9, 2019.

It was then on April 9, 1942, when the combined forces of the Philippines and American troops succumbed to the oppressive hands of the Japanese that time. Little did they know that the infliction they will be facing would eventually be a walk to remember and absolutely go down to history books. 77th Araw ng Kagitingan

The Death March, it was the hellish walk of 80,000 Filipinos and American captives from Bagac and Mariveles, Bataan to Capas, Tarlac via San Fernando, Pampanga route. Eyes tainted with blood, bodies that were barely moving, throat and stomach that asks for an oasis of water and food, death was imminent and its scythe already taking lives. The tragedy that our forefathers had gone through was immeasurable, yet what remained was the urge to live and to fight another day not with guns and swords, but with their feet marching towards the unknown and giving us what we enjoy today, freedom. 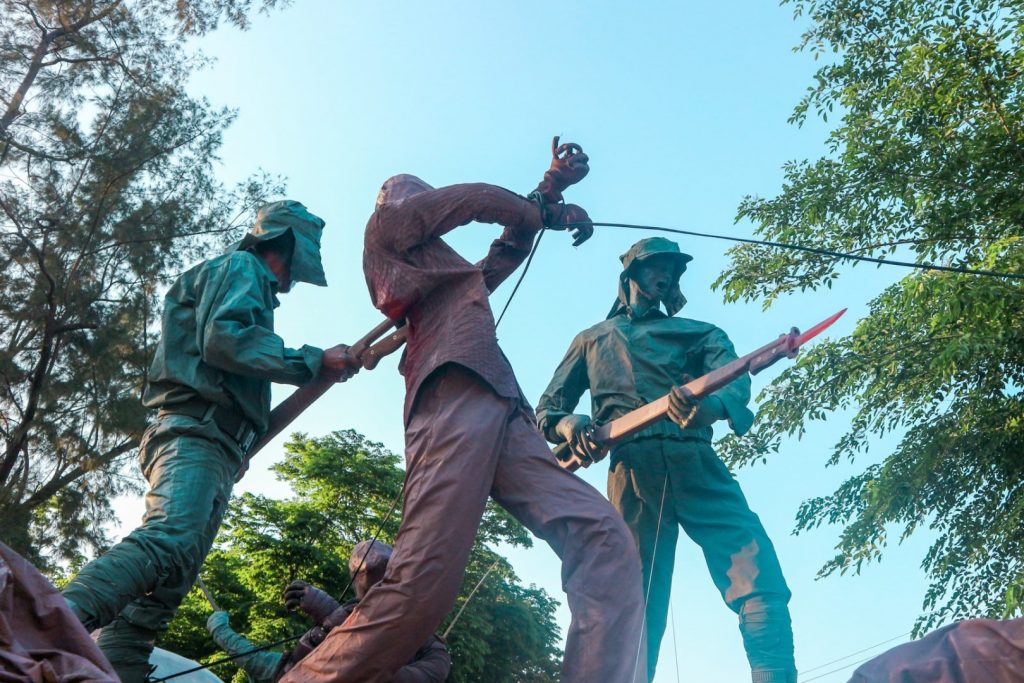 Fortunate enough, that from the freedom that we’re experiencing today, we were able to witness a 2-day event commemorating the 77th Day of Valor held in Bataan.

The 1st day was a pre-commemoration rite with the World War II Veterans alongside with other guests. 77th Araw ng Kagitingan 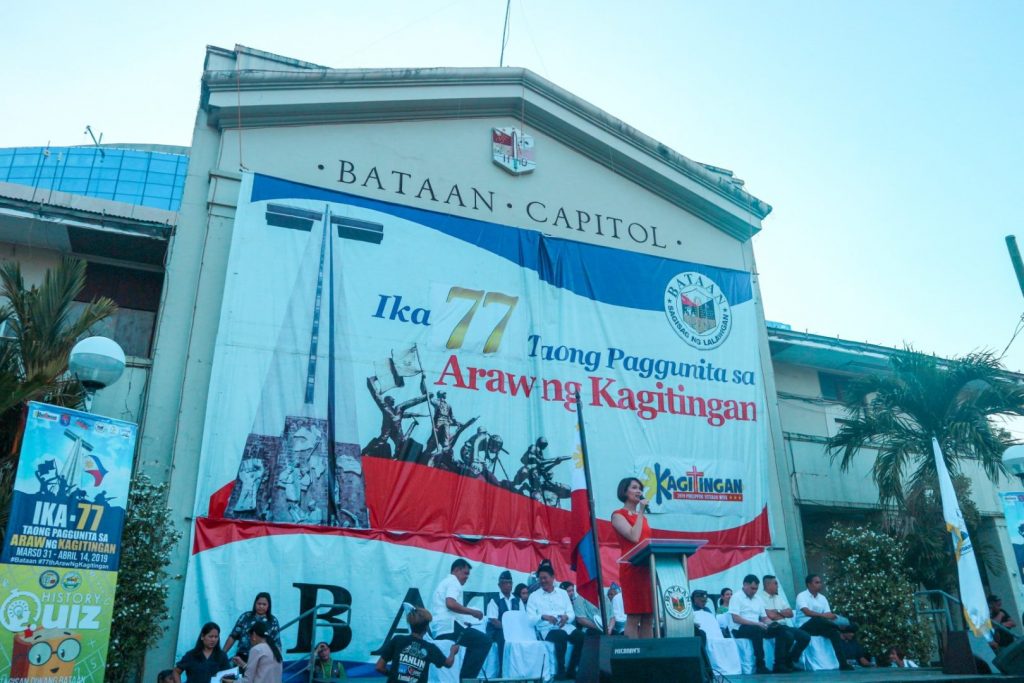 The event was kindled by Congresswoman Geraldine Roman with a speech honoring and giving thanks to the locals of Bataan for their unwavering support for the event.

The event started with a foot parade recognizing the different local organizations in Bataan.

One of the highlights of the event was the beautiful float parade prepared by different towns to depict the history of the Death March with a re-enactment that would touch everybody’s soft spot, making you feel the pain first hand just by knowing that that kind of tragedy occurred.

As we embrace the twilight of the day, the Veterans of World War II were given commemorative pins to give gratitude to their hardworking services during WWII. 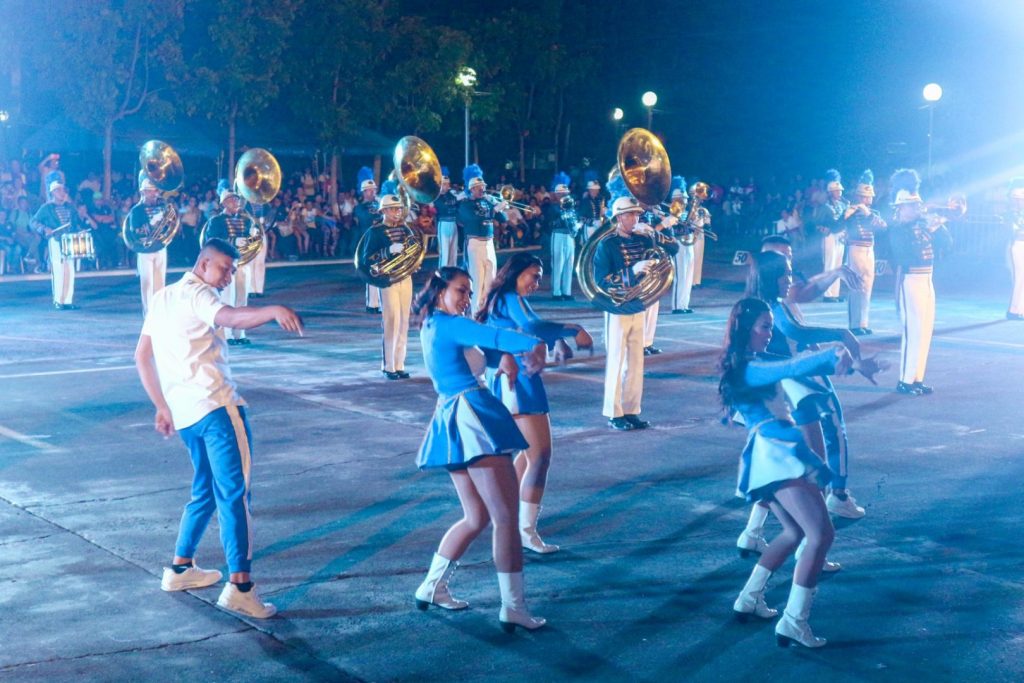 Another extravagant highlight that gave us a boost lifting us up from a heart-warming performance of depiction of a tragedy to entertaining performances of Philippine Army, Philippine Marines, and Philippine Air Force’s finest drum and lyre corps.

The 1st day of the event was truly a success capping it off with the winners of the float parade and the drum and lyre corps performances.

Pilar got the 3rd place, Balanga got the 2nd place, and Samal got the 1st place. 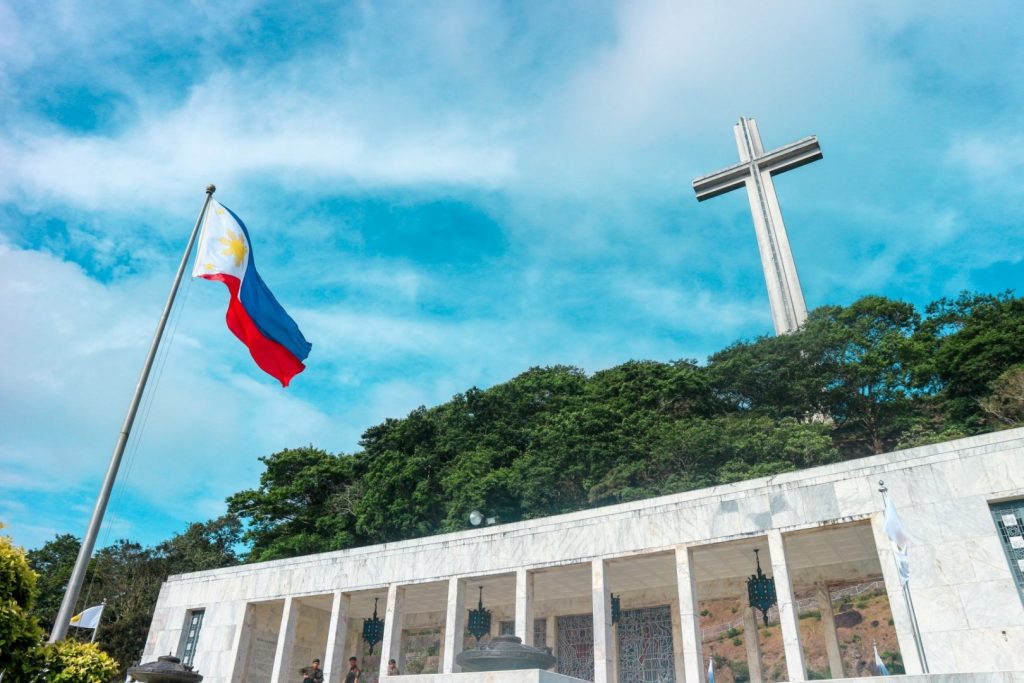 The following day of the event was the exact day of the Annual commemoration of the 77th Day of Valor with the theme: “Sakripisyo ng Beterano ay Gunitain, Gawing Tanglaw ng Kabataan Tungo sa Kaunlaran“.

The day started with a morning breeze filled with enthusiasm and smile from every person going to Mt. Samat, where the event took place. 77th Araw ng Kagitingan 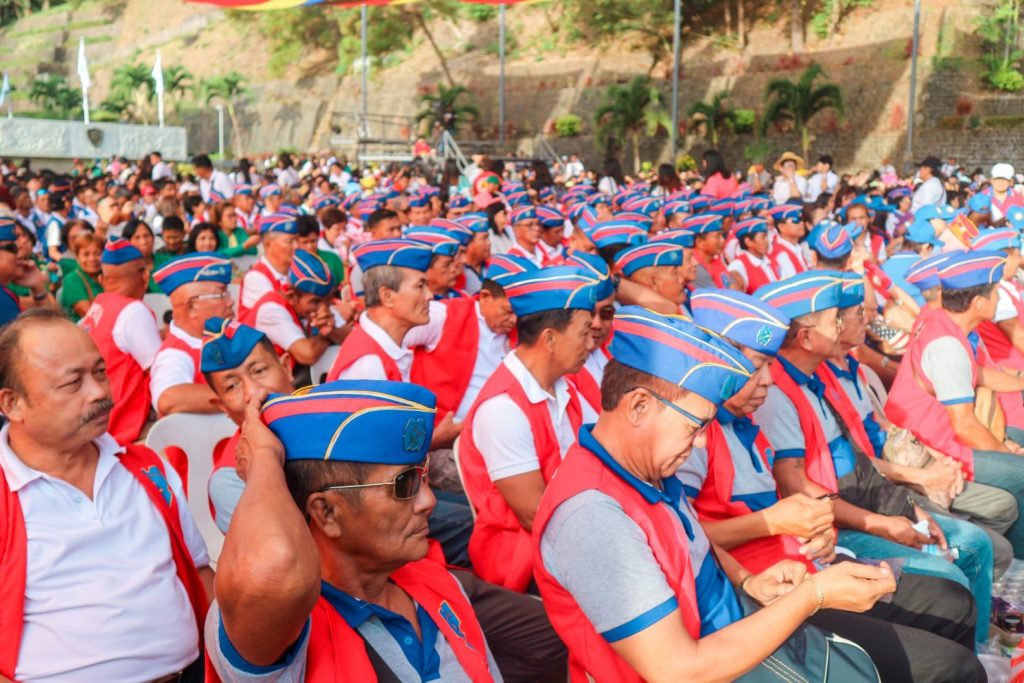 The program began with the invocation of all the veterans and locals that made the event possible. 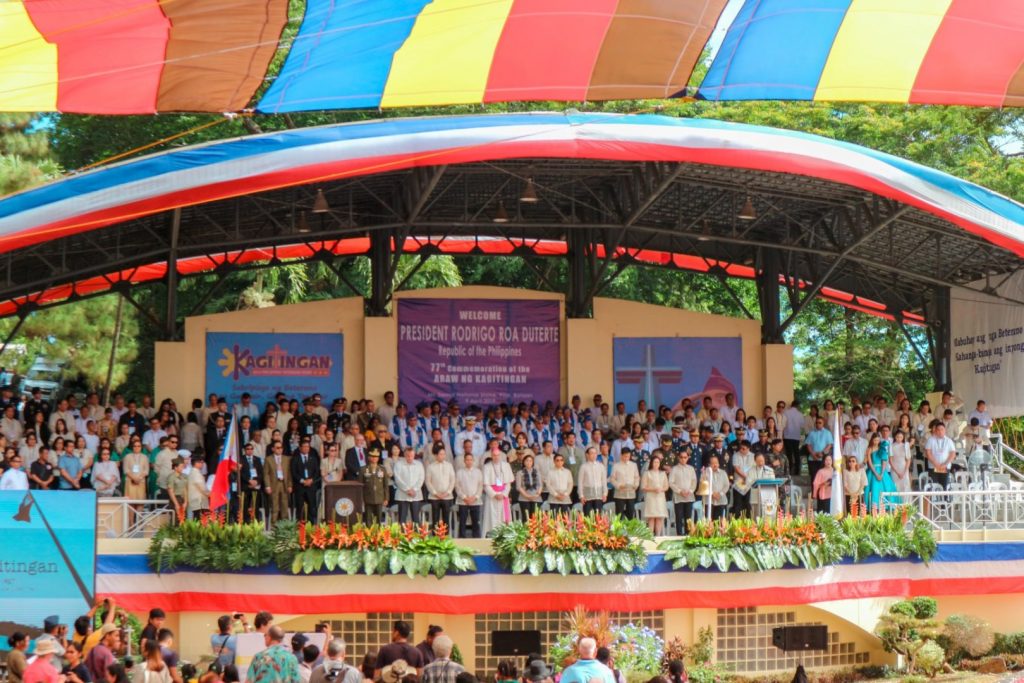 DILG Sec. Eduardo Año spearheaded the wreath-laying ceremony, with him was Japanese Ambassador to the Philippines Koji Haneda and Deputy Chief of Mission of the United States of America John Law.

Bataan Governor Albert S. Garcia gave the opening remarks and after that Sec. Año awarded the winners of the national creative painting, essay writing, and oratorical contests before giving his keynote and a message from our President. 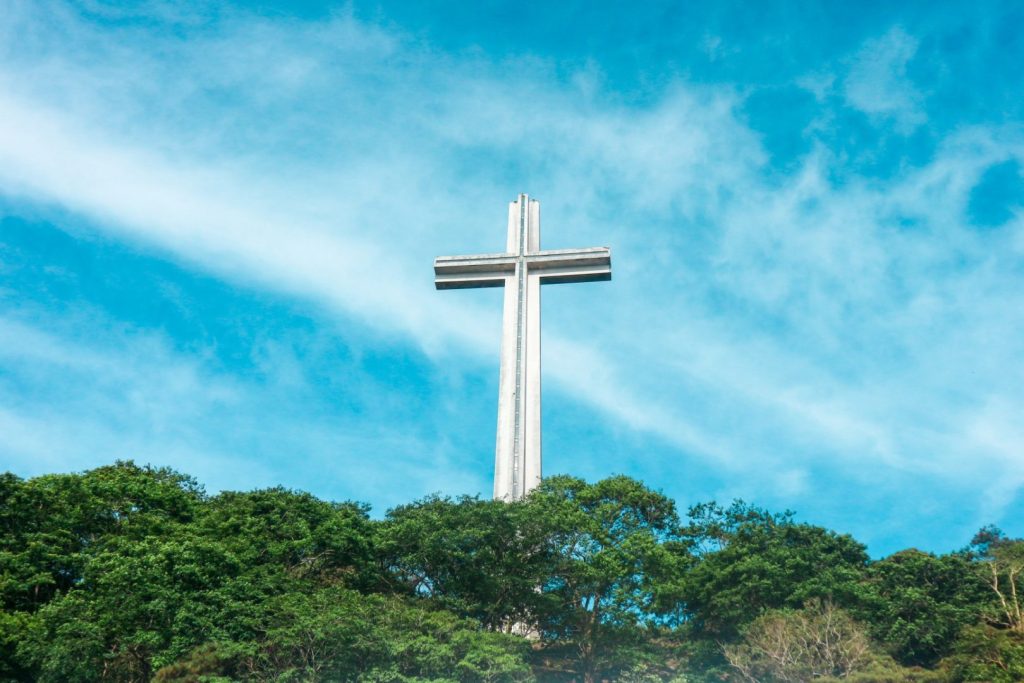 As the Mt. Samat shrine stood tall, many of the 5-year plans were laid before our eyes. Those of which was the Development Scale Model, Augmented Reality designed for an underground museum giving more hype to its tourism life, and the Visitors Complex which will be composed of 3 buildings that will cater information about the history with the means of a movie theater and a platform for local products. 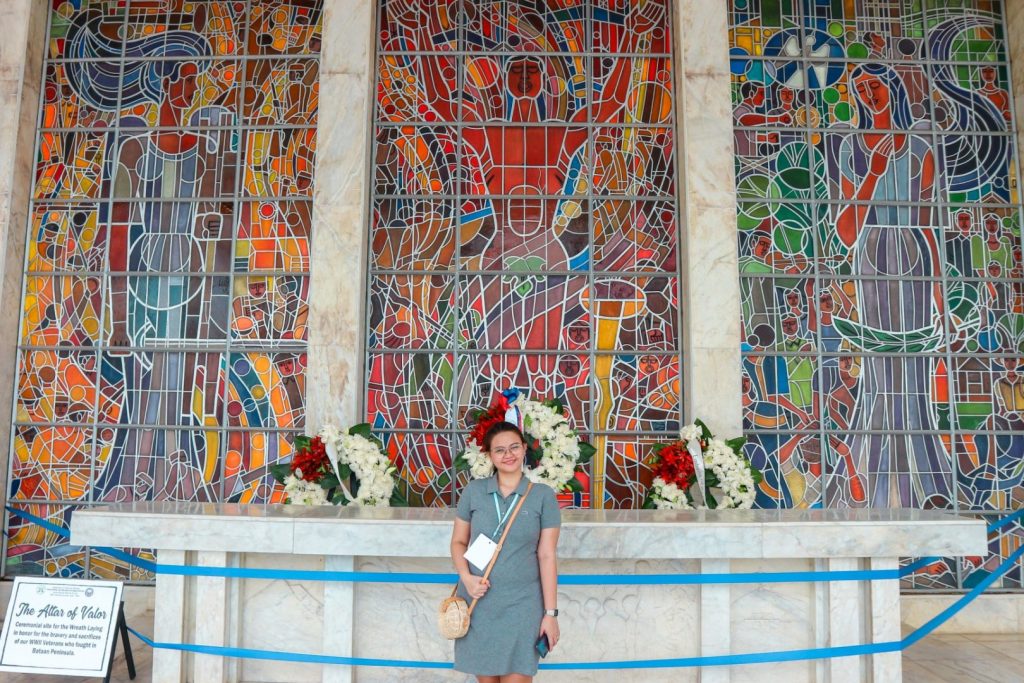 The drastic death march had long been done, but the walks that our forefathers endured will be forever etched with us, creating a ripple that the future generations will reap as Bataan move forward to its full potential.

WHAT TO READ NEXT
77th Araw ng Kagitingan

7 Countries To Visit When Everyone Can Travel Again

16 Best Hotels in Siargao and Where You Should Stay

Aquaria Water Park in Calatagan | One of the Best Beachfront...

Traveling is a Privilege and It’s Never Literally Free