After our visit in San Sebastian Church, next on our itinerary was the Parish of Our Lady of the Abandoned (Parroquia de Nuestra Señora de Los Desamparados), or widely known the Sta. Ana Church. 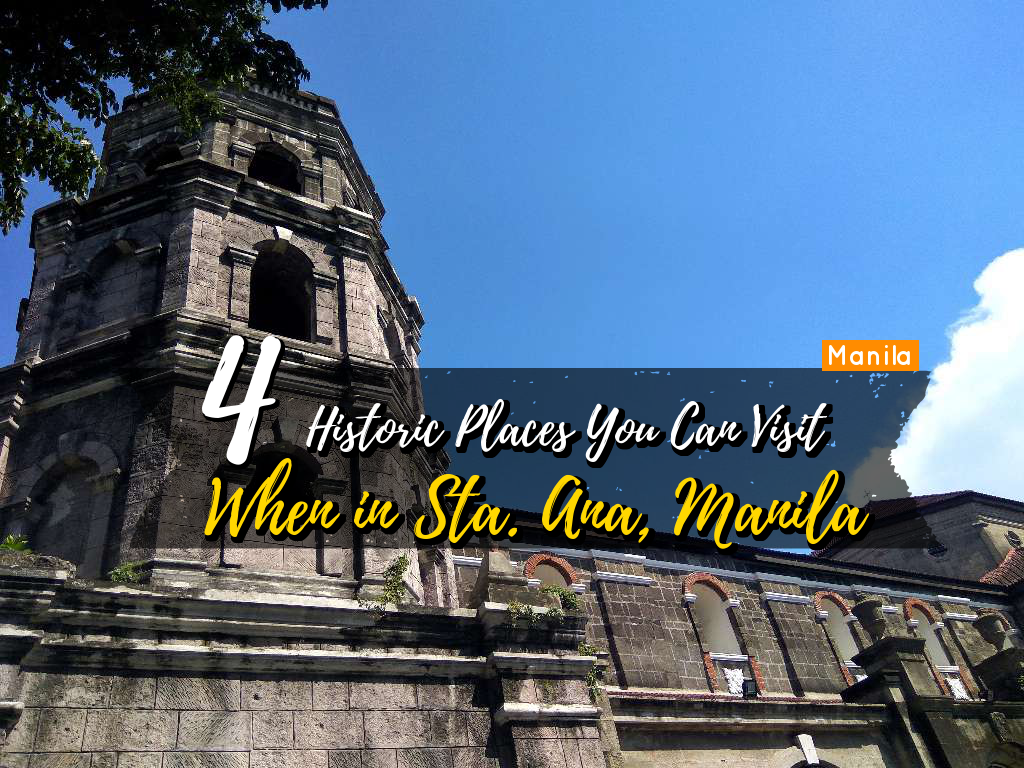 Sta. Ana Church is located in Sta. Ana, Manila. The only town that wasn’t colonized during the Spaniard’s regime. The first church was created in 1578 and was only made of bamboo and wood. The present church was constructed from 1720 – 1725, made up of baroque architectural style utilizing adobe blocks as its wall finish. The church is now going to its 300 years of existence. 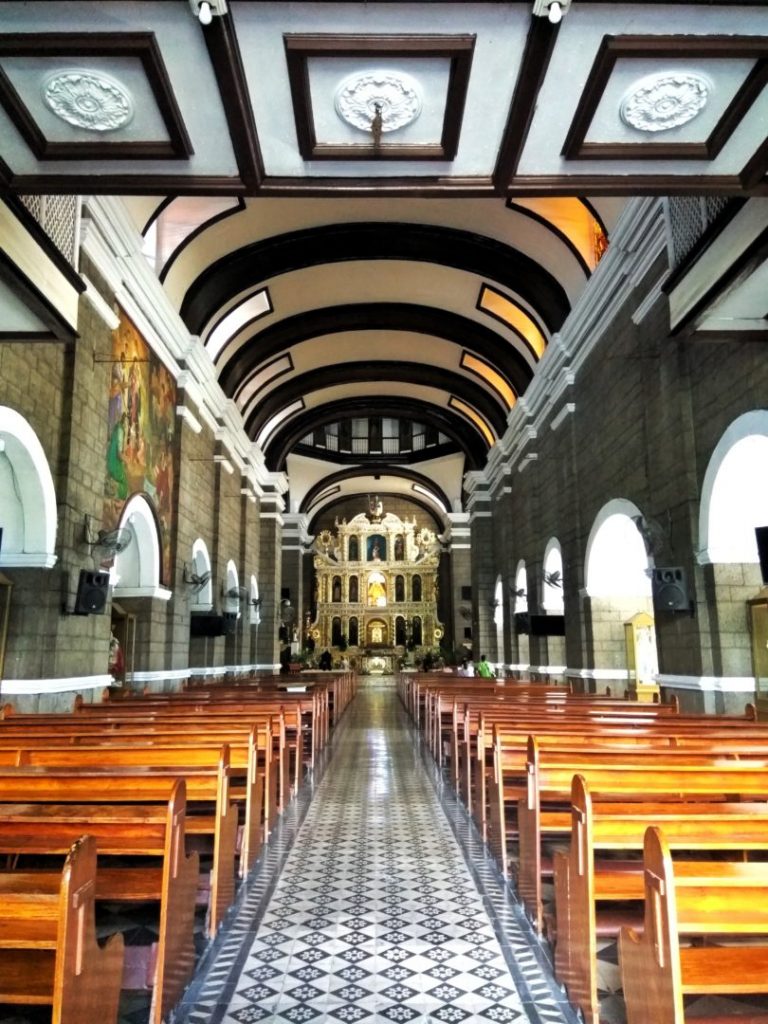 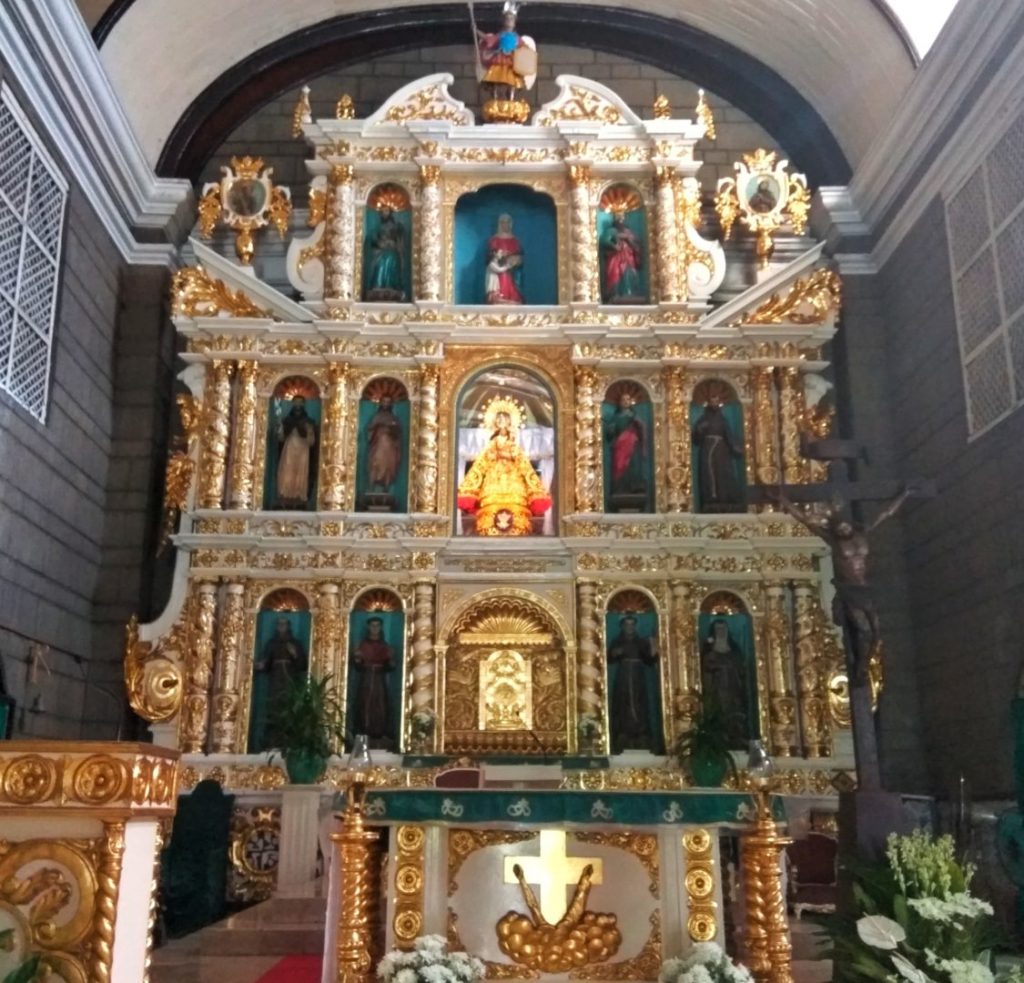 Upon entry on the right, at the base of the bell tower, is the Baptistery. Inside the small room contains the marble baptismal font and a Neoclassical retablo featuring the painting of the Baptism of Christ, framed by two Corinthian columns on each side.

The main altarpiece or the retablo is in churrigueresque style, according to the community guide. The tabernacle or sagrario occupied the central niche at the lower level and is flanked by Franciscan Saints. The central part of the second or main level is occupied by Our Lady of the Abandoned which came from Spain. At the top of the retablo is the image of Saint Michael the Archangel.

Thru Fundacion Santiago, we were able to witness history and learn more about the church via their community guides. In Sta. Ana Church, two of the National Cultural Treasures were declared by the National Museum of the Philippines. One is the Santa Ana Site Museum located in the convent patio, and another one is the Camarin de la Virgen or most known as Dressing Room of the Virgin.

The Camarín de la Virgen is a chapel room located at the second level of the retablo where the image of Our Lady of the Abandoned is placed. Very notable in this structure are the paintings on the ceiling and on the entrance, which are believed to be as old as the Camarín and the church itself. The ceiling paintings contained an image of Heaven at the center surrounded by eleven segments of the painting depicting scenes from the lives of Mary and Jesus, from Mary’s betrothal to Joseph to the Baptism of Jesus. The central painting of Heaven portrays the Holy Trinity and the kneeling Virgin Mary, with cherubs and angels on both sides. After staying and praying for a while, you’d feel refreshed and anew.

In 1966, archaeological excavations have been conducted by the National Museum of the Philippines on the patio and the churchyard, uncovering 71 human burials dating around late 11th to 14th centuries from the associated Chinese ceramics recovered with the graves. The ceramics recovered were dated around more than 500 years of age and according to the archaeologists, each one costs more than $5000 dollars. Thus, declaring the site as a cultural treasure. 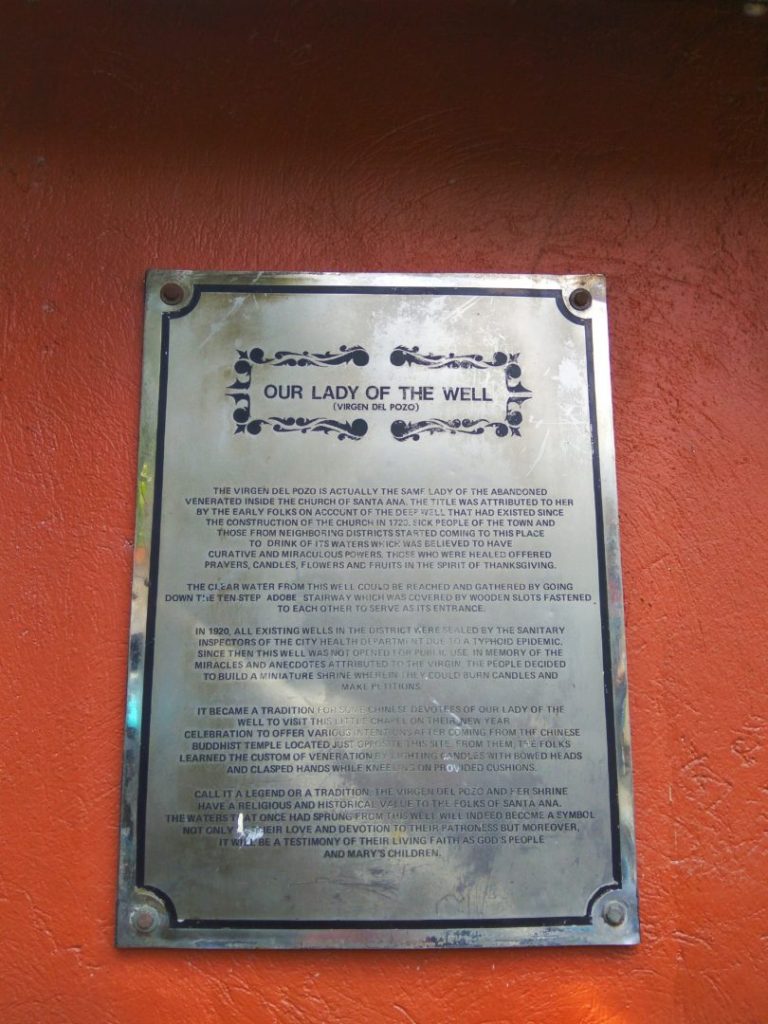 Located at the back of the Santa Ana Church is the Pozo de la Virgen (Well of the Virgin). It is believed to have contained healing powers. The water coming in from the well is unknown, it may have been a spring, but people and residents are referring it as an extension of the Pasig River. During the typhoid epidemic, the well was closed to the public due to sanitary concerns and was reopened in 2011 after 92 years of being hidden from the public. For now, the water is safe but it’s not advisable that you drink from it. 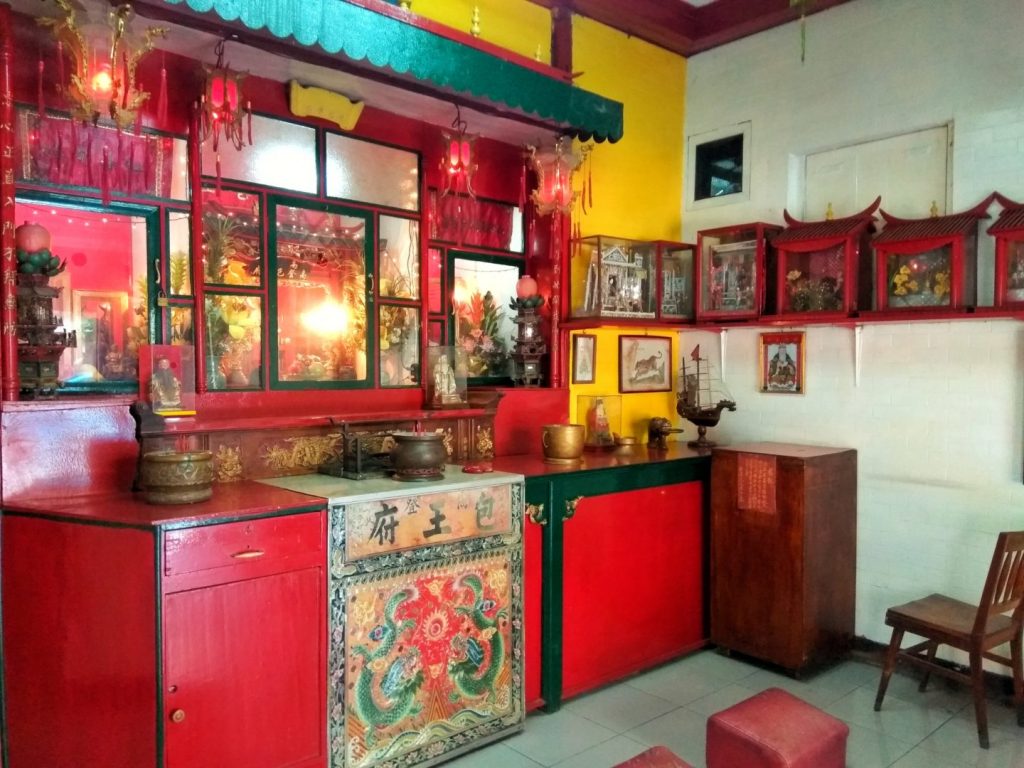 The Taoist Temple is just across the street from the Pozo de la Virgen behind the Sta. Ana Church. It is an old Taoist temple dedicated to Pao Ong Hu. The temple is divided into two chapel rooms. The left chapel is dedicated to the Our Lady of the Abandoned while the right chapel is dedicated primarily to Pao Ong Hu. Aside from the Chinese saints, also venerated within the Pao Ong Hu chapel are other Taoist deities and the images of Santo Niño (Child Jesus) and Our Lady of Antipolo (Nuestra Señora de la Paz y Buenviaje).

One of the many heritage houses in Sta. Ana is the Amparo-Santos Ancestral House. It was built around 1931-1932. The original owners of the house were Amparo Lucero, who became Miss Cebu in 1907, and Valentin Santos Sr., who was the first Filipino manager of Manila Electric Company. Jon Santos, a Filipino comedian, impersonator, and entertainer, is related to the Santos family who owns the house.

This tour was made possible by Fundacion Santiago. Book your heritage tour for San Sebastian Church and Sta. Ana Church – A Tale of Two Churches by contacting them via their facebook page or website. Let’s help build heritage tourism and revisit history!

Where to Stay in Baguio: 11 Top Rated Hotels in Baguio...

How to Plan an Ideal Trip to New Zealand

REVIEW: Taiwan Unlimited Data Sim Card | Where to Buy one?