Goshono-yu (“imperial palace bath”) is one of Kinosaki’s largest bathhouses. Also known as the “Water of Beauty”, brings luck in love and protects you against fires. Goshono-yu features a multi-level outdoor bath facing a waterfall, as well as a granite water bench and as steam sauna where onsen water is sprayed into the air to create a fine mist. 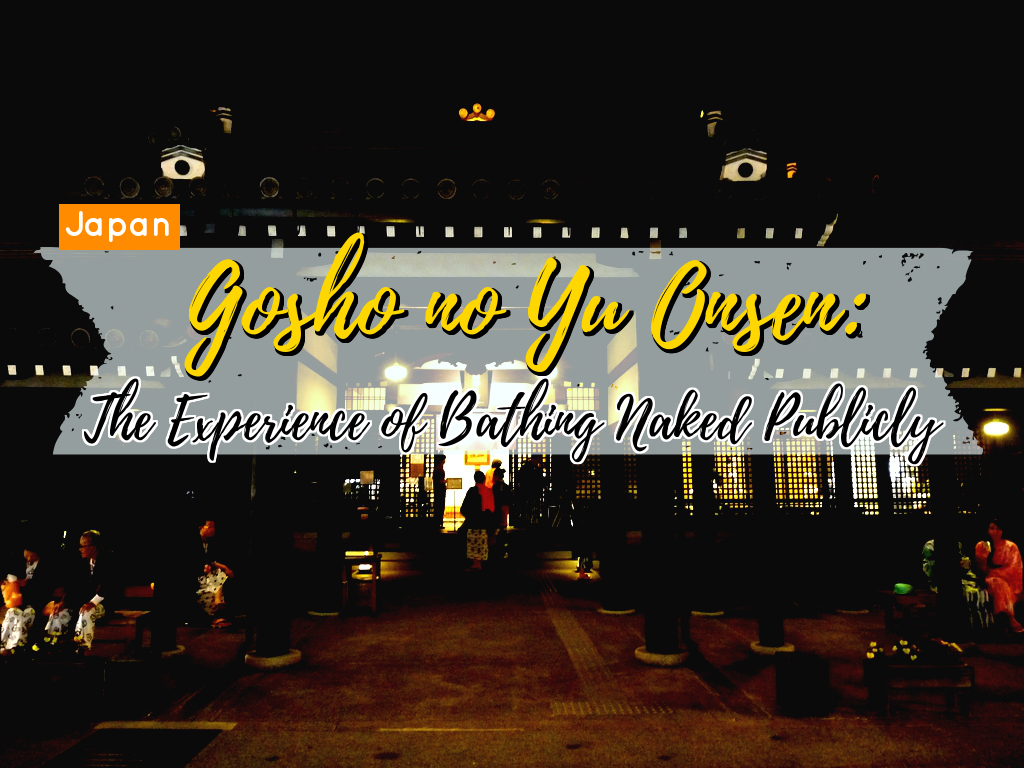 It’s already past 10 pm when we got to Goshono-yu. This was the onsen house that was very close to Tsukimotoya Ryokan and is still open until 11 pm. The structure is very well aligned to the likeness of Kyoto Imperial Palace. Its design is more of the old-fashioned castles found in animes and old Japanese movies.

Upon arrival, we were greeted by the staff with pleasant smiles. Took our onsen passes for verification and told us to head inside immediately as we only have a very limited time left to take a bath and enjoy the hot spring bath. As I have mentioned, the men’s and women’s room are separated. They have instructions displayed on a corner of what to do’s as well as the dos and donts. 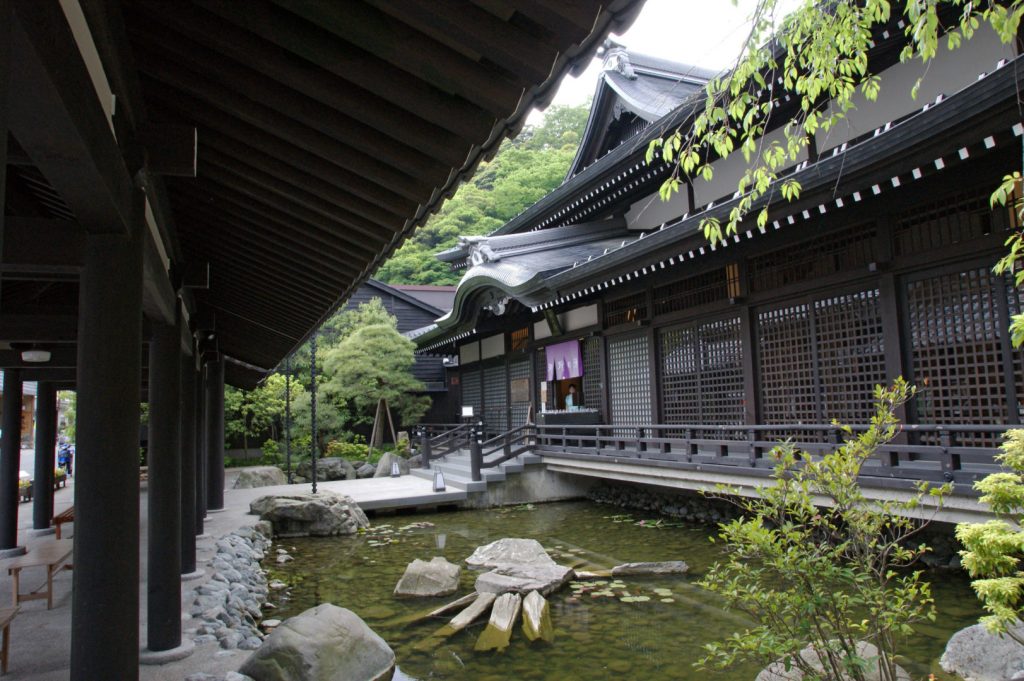 Inside the changing room are people who were still going to plunge in and people who were already finished bathing. Look for an open locker and place your belongings inside, including your yukata, undershirt, your underwear, and your big towel, except for your small towel. The small and big towel will be provided by your ryokan, in our case, Tsukimotoya Ryokan.

Expect the unexpected, though! You might be seeing naked people upon entry! This will probably put you in shock for a few seconds if you are not informed that you won’t be bathing in with clothes on. Well, we’re lucky we did our research. We’re a little hesitant at the start but we have to think that this is the culture of onsen and we should respect and abide by that. This is not relatively new to me. I have been naked most of my life so it’s not really much of a bother. LOL, just kidding! I had already set myself to that instance that we will be bathing without any clothes on, but only a small towel to hide our private parts.

Going to the Onsen Area

When we went inside, there are not a lot of people because probably it was already late. Less than an hour remaining and it’s closing. The steam of the hot spring is enticing and enthusiasm both reaches our senses. Inside is the hot spring area, shower area, sauna area and outdoor hot spring area. But, before dipping into the pool of hot water, we must first shower ourselves. There are instructions with photos so you won’t really have a hard time understanding the instructions at all. 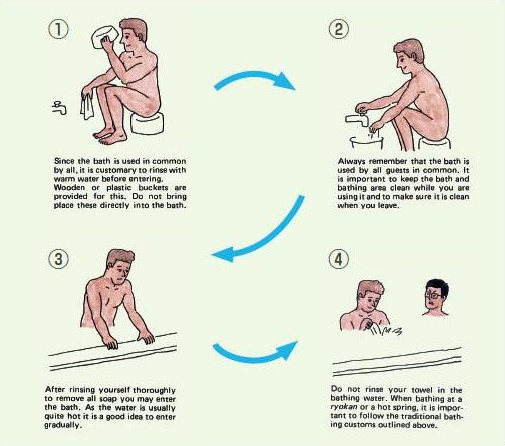 After showering, we slowly took our place in the pool of hot water. The water’s temperature is about 38º-50º pretty hot but definitely won’t hurt your skin. It was a big bunch of relief to my muscles who had been tired of walking and carrying the baggage all day! The water was simply calming and relaxing. I’m sure my nerves were like partially sleeping but active. It’s very soothing and you can feel your senses relaxing. You can even sleep. No wonder why Japanese have such long lives and fresh-looking skin. If I’d be at an onsen at least twice or thrice a week, I’m pretty sure I won’t have to go to dermatologists to ask why are pimples coming. Like seriously, I feel like very pampered when I was there in the onsen. It’s definitely a different feeling, and when you go to Japan, YOU SHOULD TRY IT!

Few minutes have passed, my muscles relaxed. Emil and I decided to go to the outdoor hot spring pool with a mini waterfall that brings it like it’s naturally made. Unlike in the indoor area where hot the steam is enclosed, the outdoor area is cold. Also, it was a bit raining that time and the water droplets add more coldness feeling to the skin. In order not to feel cold, you surely would dip yourself in the hotness of the waters. Ah! More refreshed feeling for us! Not a massage but the feeling is somehow similar to that. Relaxed and feeling so clean and pure! 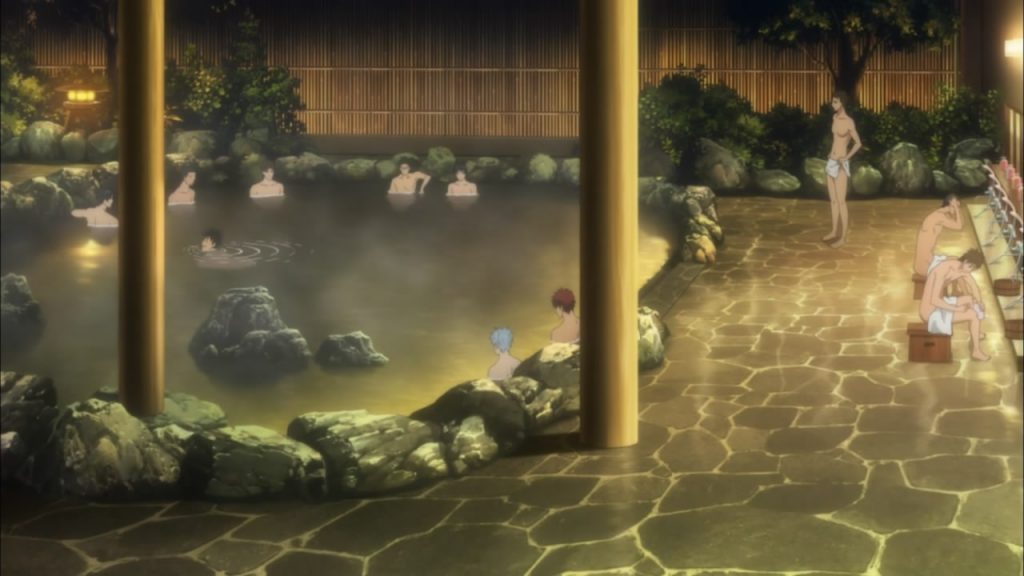 We then decided to try the sauna room. There are no people so there’s only the two of us inside it. I’m not sure about the temperature but it feels hotter than the water. While in there, we had a small chat about what we did earlier before going to Kinosaki Onsen, and that we should go onsen hopping. A few minutes later, we felt an increase in our breathing, like we are palpitating. I know it’s a normal effect but this is a new feeling for us. We stayed not more than 10mins inside sauna room because breathing gets a little more difficult every minute we were there. Probably because of the hot air we are breathing and oxygen intake is even less than normal. But hey, it’s a sauna and in the Philippines, we don’t get to do that always!

It’s not more than an hour that we get to enjoy this lovely experience. Dipping in the hot pool relieves pain, soothes muscles and relaxes your nerves. I’m sure we’ll be having a good night sleep!

After sauna experience, we again dipped into the pool for a few minutes and then washed. Heading out of the pool area, we decided to at least use the hair dryers, but we were stopped by the staff saying they are already closed and no electrical equipment shall be used. We saw an old man who luckily we found with an underwear on and is stretching his arms and legs after the bath. :p Another middle-aged guy who just finished washing his self and is ready to put on an underwear. Seriously, though, nakedness is a normal thing in here, in an onsen. Even if you see their private part, it’s nothing to them. They see your private part, it’s gonna be like nothing to you. LOL! Japanese culture is really something. 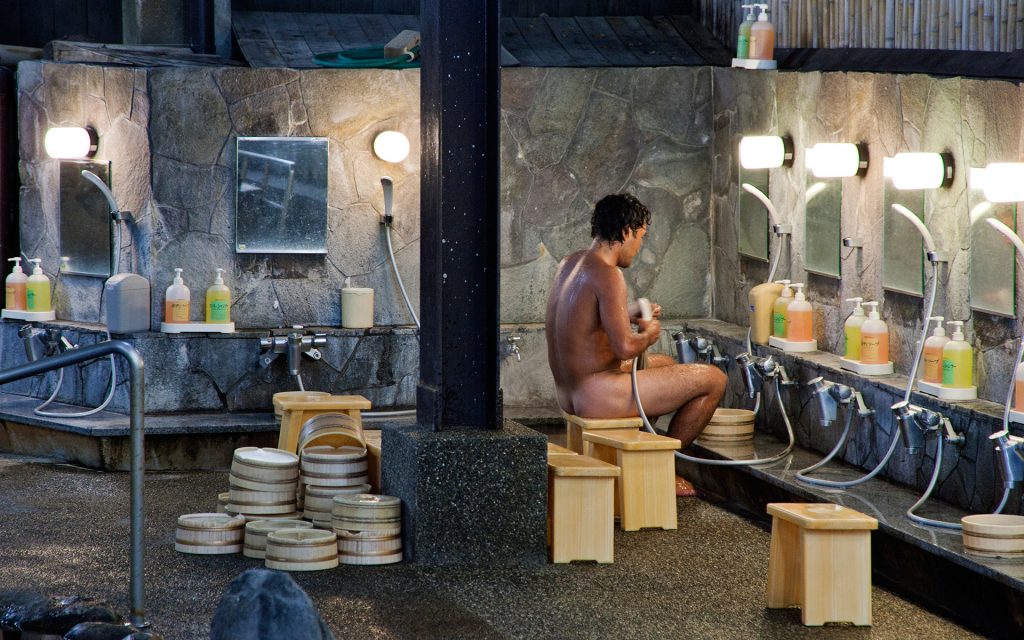 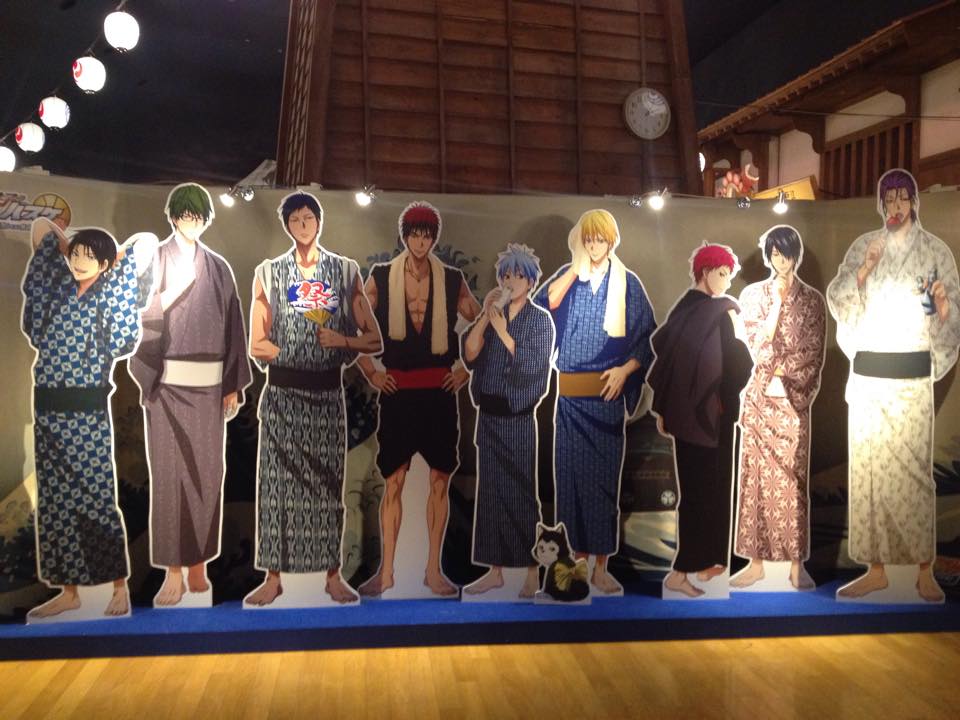 Note: Some photos aren’t mine. Credit goes to the owner.

Book hotels near Gosho No Yu Onsen via Agoda and Booking.com! 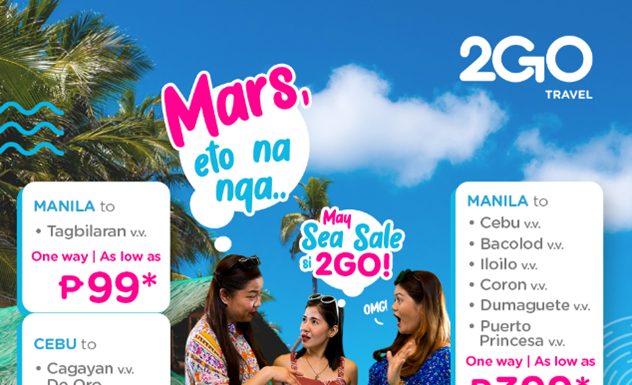 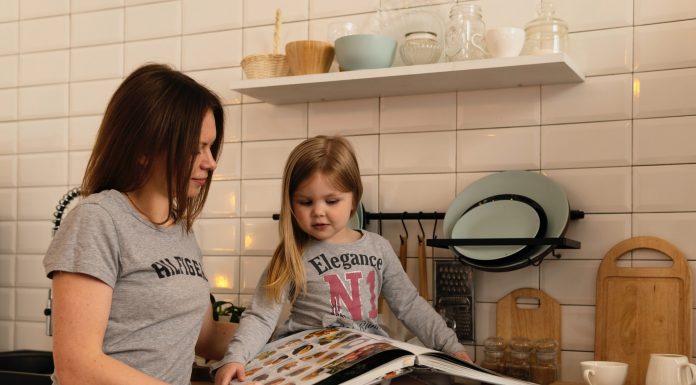 People in the US are certainly ready to give new foods a try, with a recent survey showing that a majority (54%) are willing to buy international products for the first time when they are food shopping. Some of the items that usually pique their interest in food aisles include cheese,... 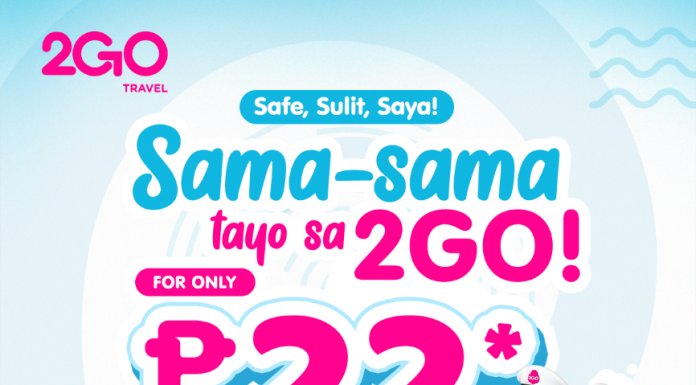 As the demand for domestic travel continues, 2GO Travel, the Philippines’ largest premier sea travel provider, is offering its lowest promo this 2022, Php22 one-way to major local destinations such as Cebu, Bacolod, Iloilo and many more. From 2GO’s main port in Manila, passengers can travel to their favorite local... 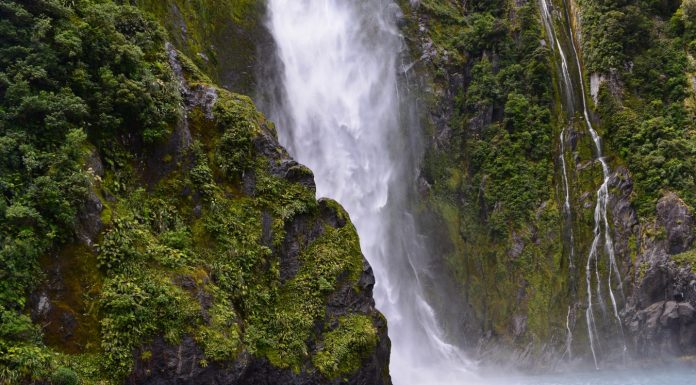 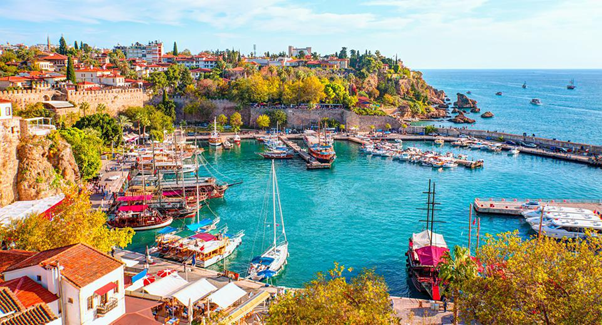 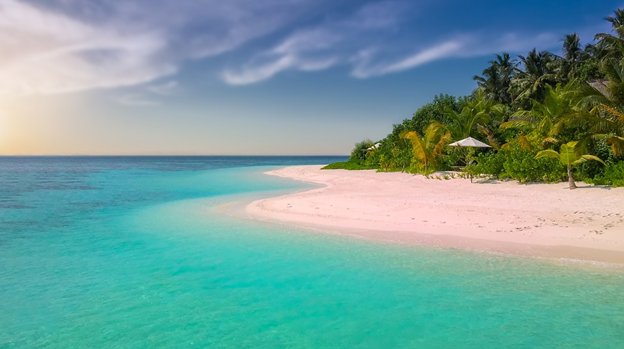 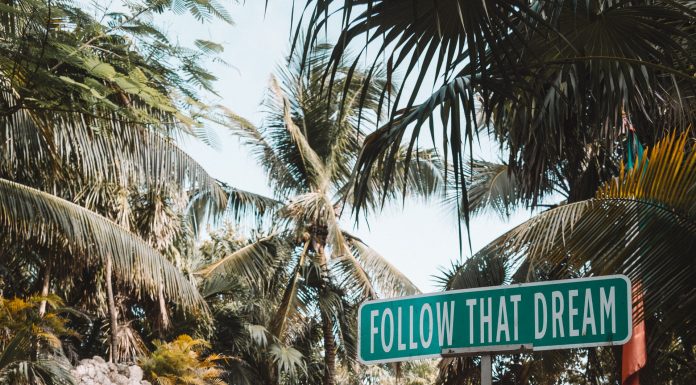 Do you long to see the world and what it has to offer but are budget-constrained at the moment? Believe it or not, it’s still possible to travel even when you’re short on cash. Here are 7 ways on how you can make it happen. Travel Out of Season If you’ve traveled... 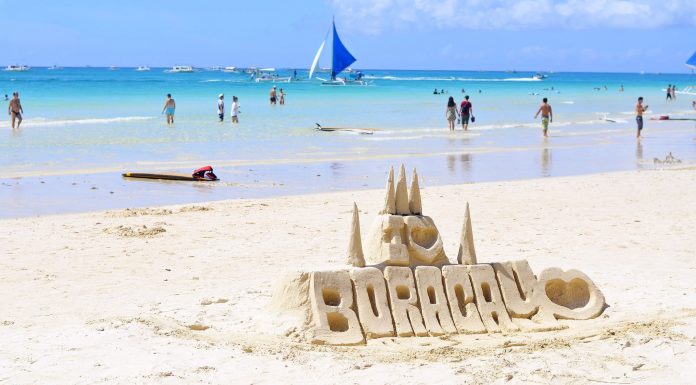 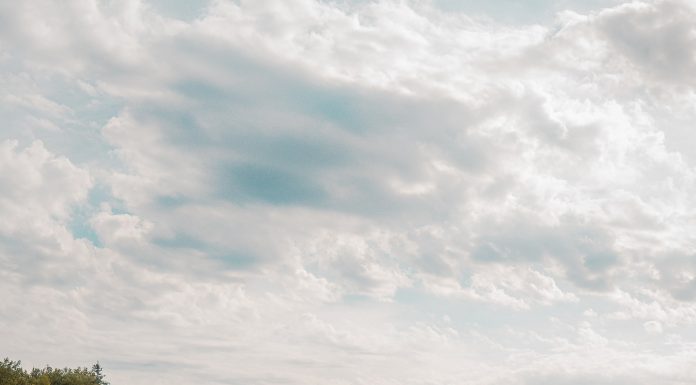 5 Locations That Are Perfect for An Ice Fishing Vacation

Winters do not have to be about staying indoors, avoiding the cold while waiting for the Christmas holiday to sing the Christmas carols. You can still have fun during the cold season and create long-lasting memories with your friends, family and relatives. One fun activity you can partake in...

4 Work From Home Jobs to Appreciate as a Traveler

5 Ways to Sleep Cool While Traveling as a Side Sleeper