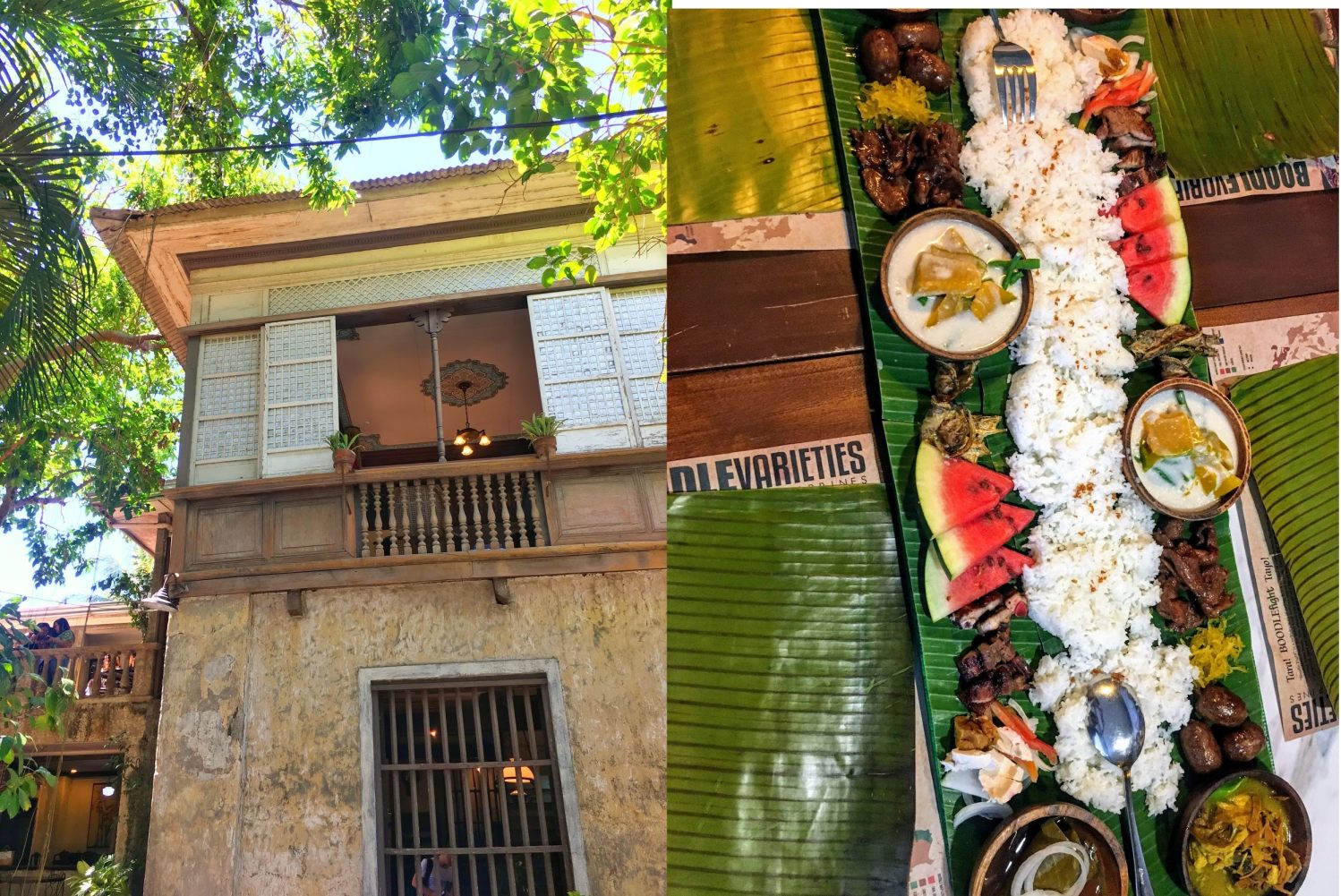 Finally, there’s a law that celebrates our very own Filipino cuisine! Thanks to Pres. Rodrigo Duterte who signed Proclamation No. 469 s. 2018 declaring the whole month of April for “Buwan ng Kalutong Pilipino” or “Filipino Food Month” as a nationwide affair. In connection with this effort, Department of Tourism IV-A in partnership with QuePATTA (Quezon Province Association of Travel and Tour Agencies) came up with a food tour to CALABARZON area highlighting the many culinary gems of these 5 provinces. For two days and one night, we went to handpicked family-owned restaurants that serve food using recipes handed down by their parents or great-grandparents. We are talking about certain dishes that are unique to these places – meaning you’re not going to find it elsewhere or if there’s one, the taste wouldn’t be the same. Every food we ate has a story to tell which is usually recounting the owner’s childhood memories back when junk food and canned goods aren’t abundant. 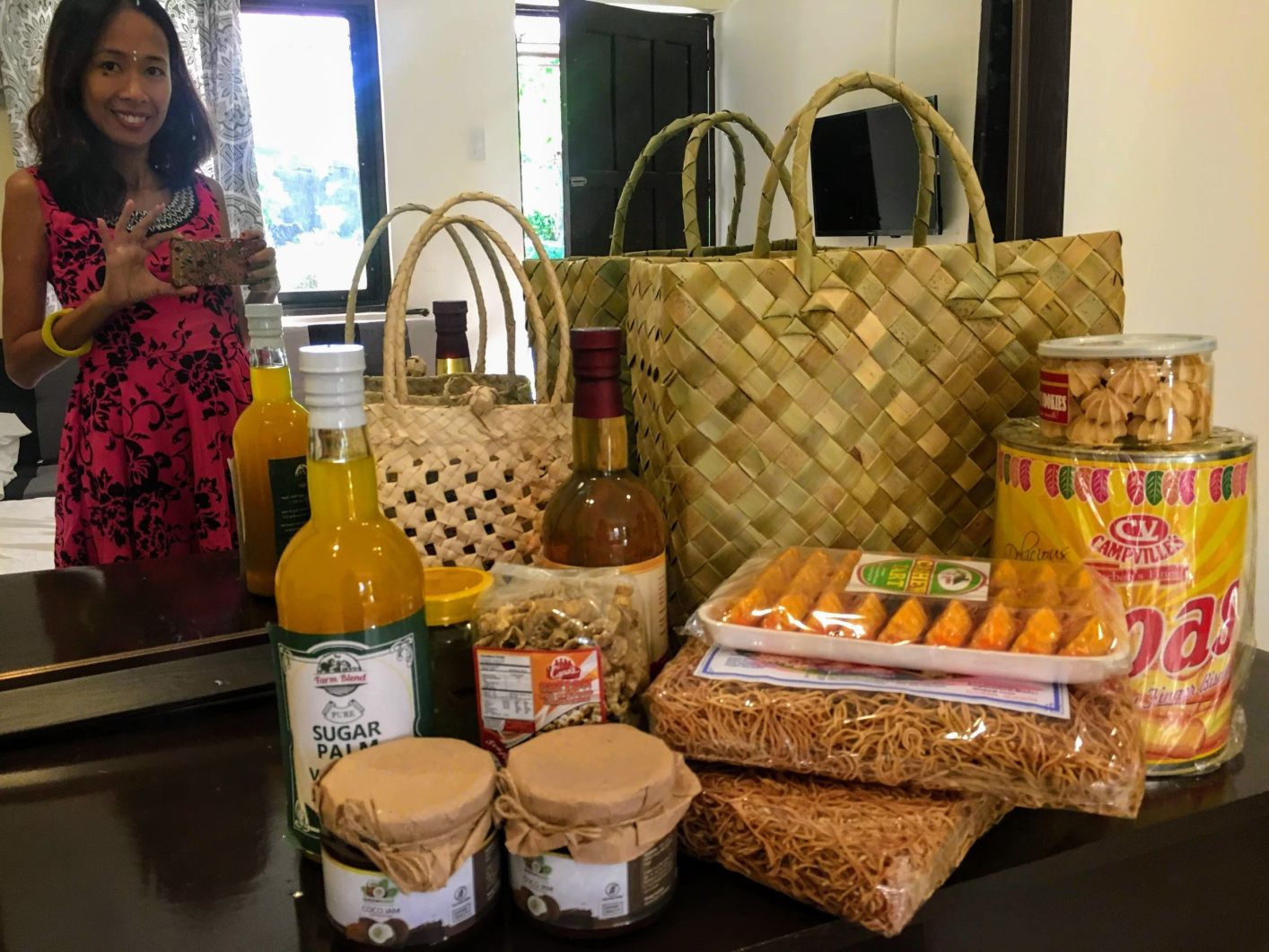 Preserving our culinary tradition took forever to be given proper attention. We should because if not, our younger generations would have nothing in their memories than French fries, siomai, and milk tea.

CALABARZON is a region composed of 5 provinces: Cavite, Laguna, Batangas, Rizal, and Quezon, and one highly urbanized city, Lucena. CALABARZON areas are usually top choices of Manileños because obviously it only takes a couple of hours to get there. No need to take overnight bus rides or pay a hefty price for a plane ticket. For those who couldn’t afford to be away for a long time, a trip to CALABARZON is always a good choice. CALABARZON is blessed because it has a mix of everything else. It is surrounded by Manila Bay, Lamon Bay, Tayabas Bay, and the Sibuyan Sea. It is home to the Mount Makiling known for its mystical prowess and Taal Volcano, the world’s smallest volcano. Jose Rizal, our National Hero was born in Calamba, Laguna.

Where to eat in CALABARZON 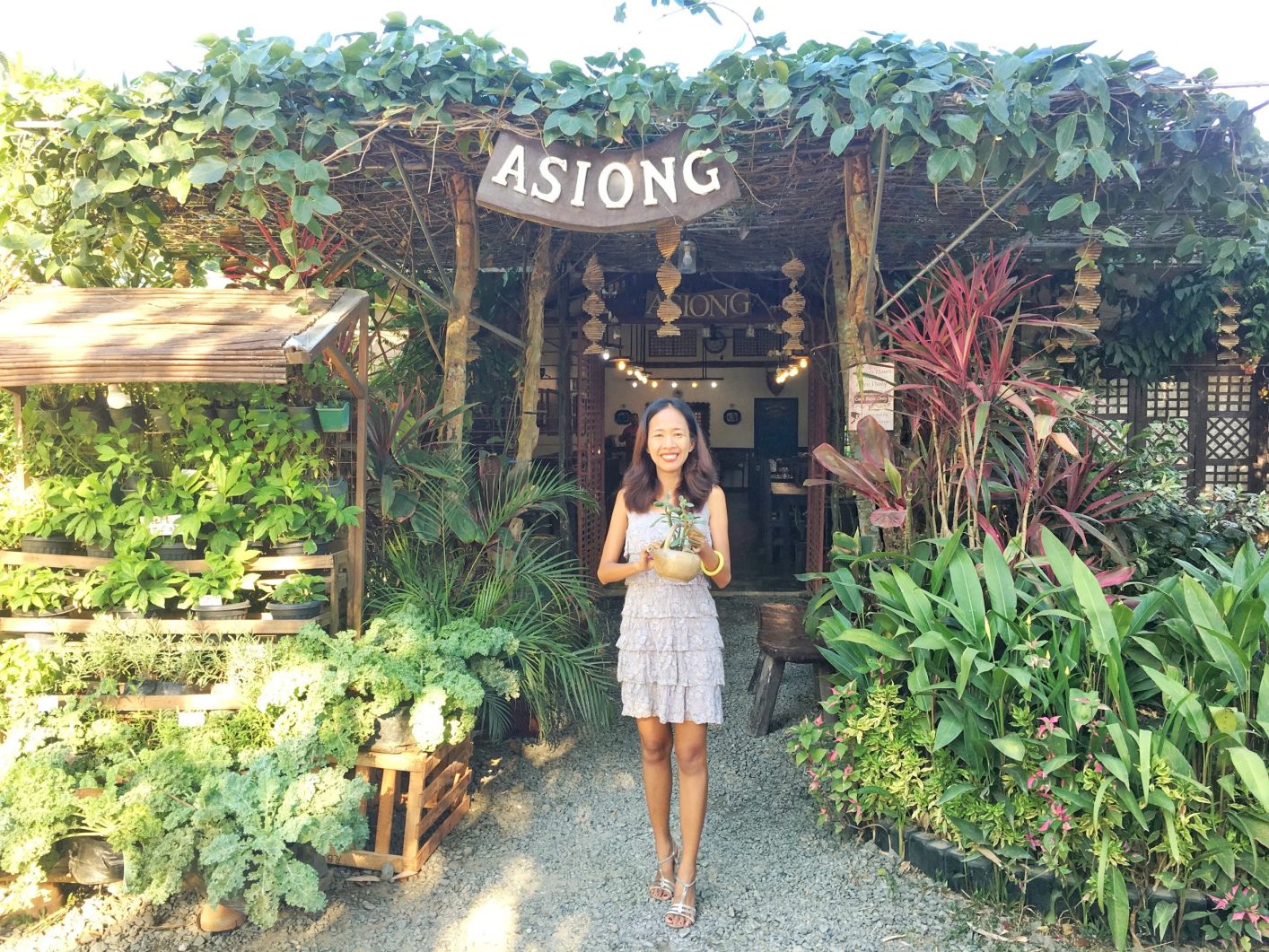 Since 1960, Asiong’s is a restaurant serving Caviteño heirloom cuisine. Asiong’s is an epitome of delicious food catered to the palates of Caviteños. Originally based in Cavite City, Asiong’s moved to a newer place which I think is much better. It’s a restaurant with a homey vibe – lush garden and full of memorabilias of yesteryears. We ate Carioca, the heavier type of breakfast meal compared to the ordinary “silog” we all know. They incorporate farm-to-table serving which I personally experienced. I saw how one of Sonny Lua’s (son of Asiong who passed away already) servers picked ferns, Ashitaba leaves and Tarragon dill to make a plate of fresh pako salad topped with an edible flower called Everyday served to us fresh. If you prefer bread in the morning, Pan de troso (950’S inspired pan de sal with a hint of rosemary & garlic choice of spread) and Quesillo (homemade kesong puti in olive oil and herbs) are perfect for each other. Asiong’s also serve coffee that is known to give you less acidity because it’s mixed with rice grains in powder form and it is from the well-known Amadeo coffee.

What to order (clockwise direction) 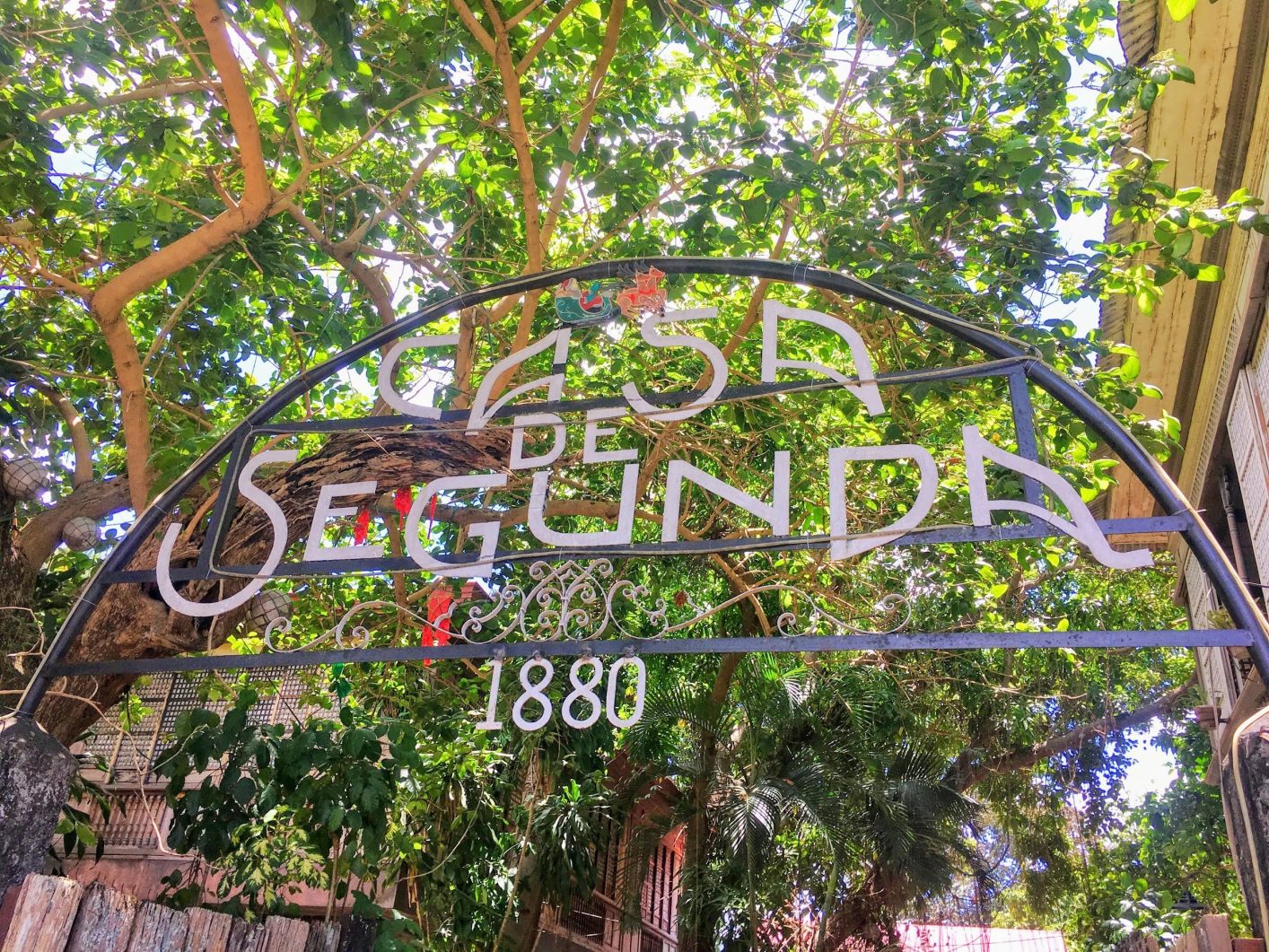 Casa Segunda is the house of Jose Rizal’s first love – Segunda Katigbak. Miraculously, during the war when Americans bombed every house in the country to wipe out Japanese invaders, this is one out of three houses in Lipa, Batangas that survived! Already 136 years old, Casa Segunda is one perfect example of a house of a wealthy Filipino family in the 18th century. Casa Segunda is entirely made of adobe and bolts. You’ll find no nails or grills in this house. Lipa City during the 18th century was once the sole supplier of coffee in the world. It was for a short period of time that Lipa produced barons and hacienderos. 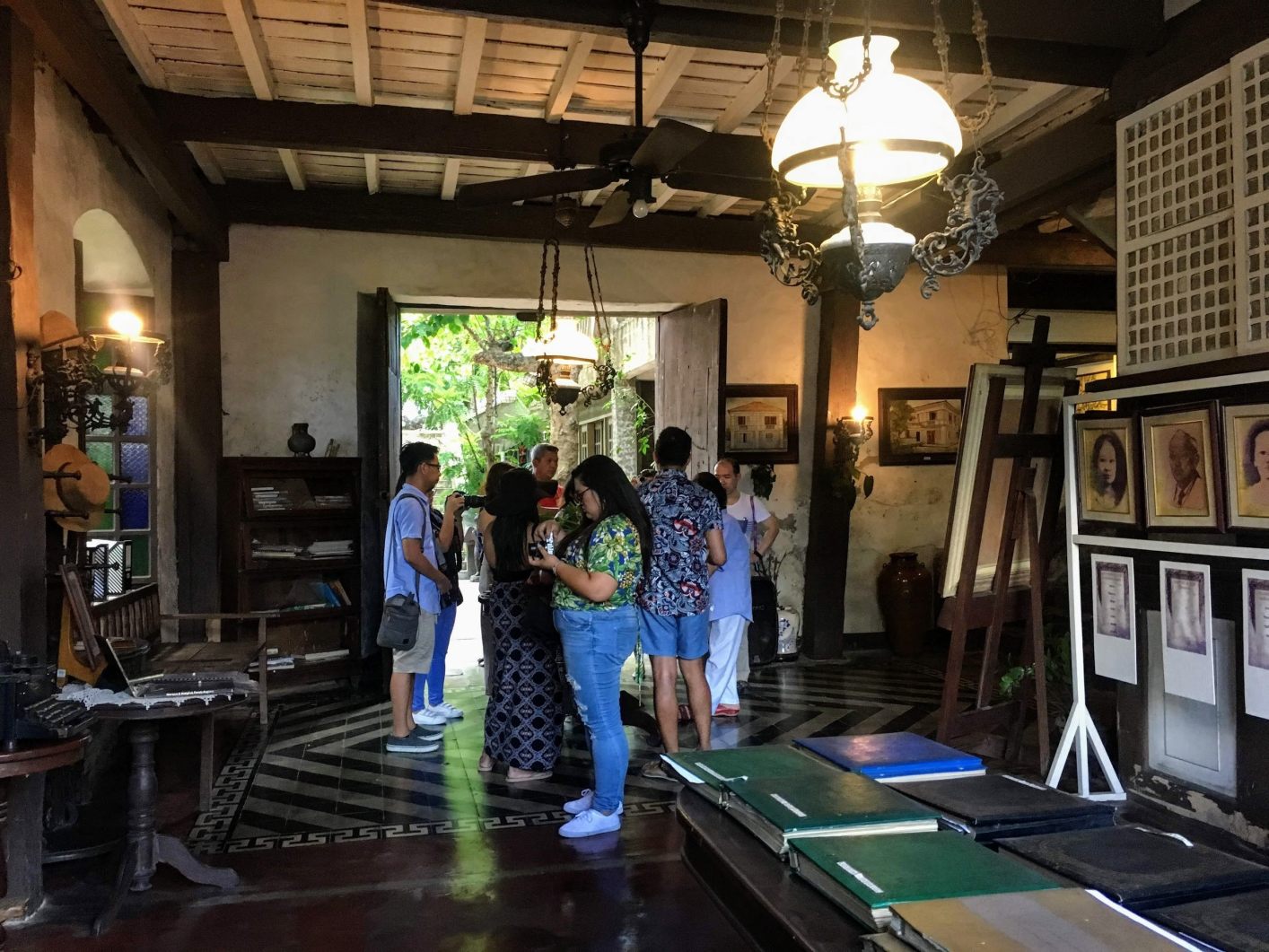 Ever wonder why Segunda and Jose did not end up together? During this period, Filipino families follow an arranged marriage setup. Segunda’s parents have already found a guy who is a close friend of the family for her to marry. He is Manuel Luz who came from a family of poets and scholars. He married Segunda at the age of 16 and had 9 children. 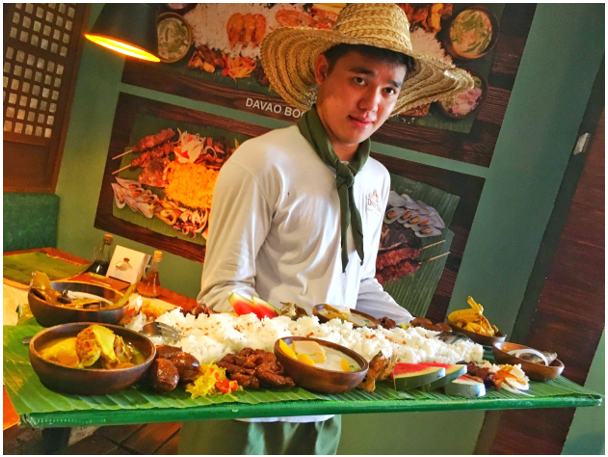 In the Philippines, eating with his or her bare hands doesn’t mean a person with bad table manners. For instance, boodle fight which is a military way of eating is a symbol of brotherhood. Sharing the same food prepared on top of banana leaves without using fork, spoon or knife means equality. You don’t have to be part of the military services to enjoy it.
Don Juan Boodle House is the perfect place in Taal for this kind. Make sure you’ll arrive with an empty stomach because you’ll be in for a treat of good servings of grilled tilapia, pancit, adobo, dried fish, lumpiang shanghai and more. Though the restaurant has a modern ambiance, I still love the fact that they have paintings that depict the Filipinos way back wearing traditional dress and eating our local food. 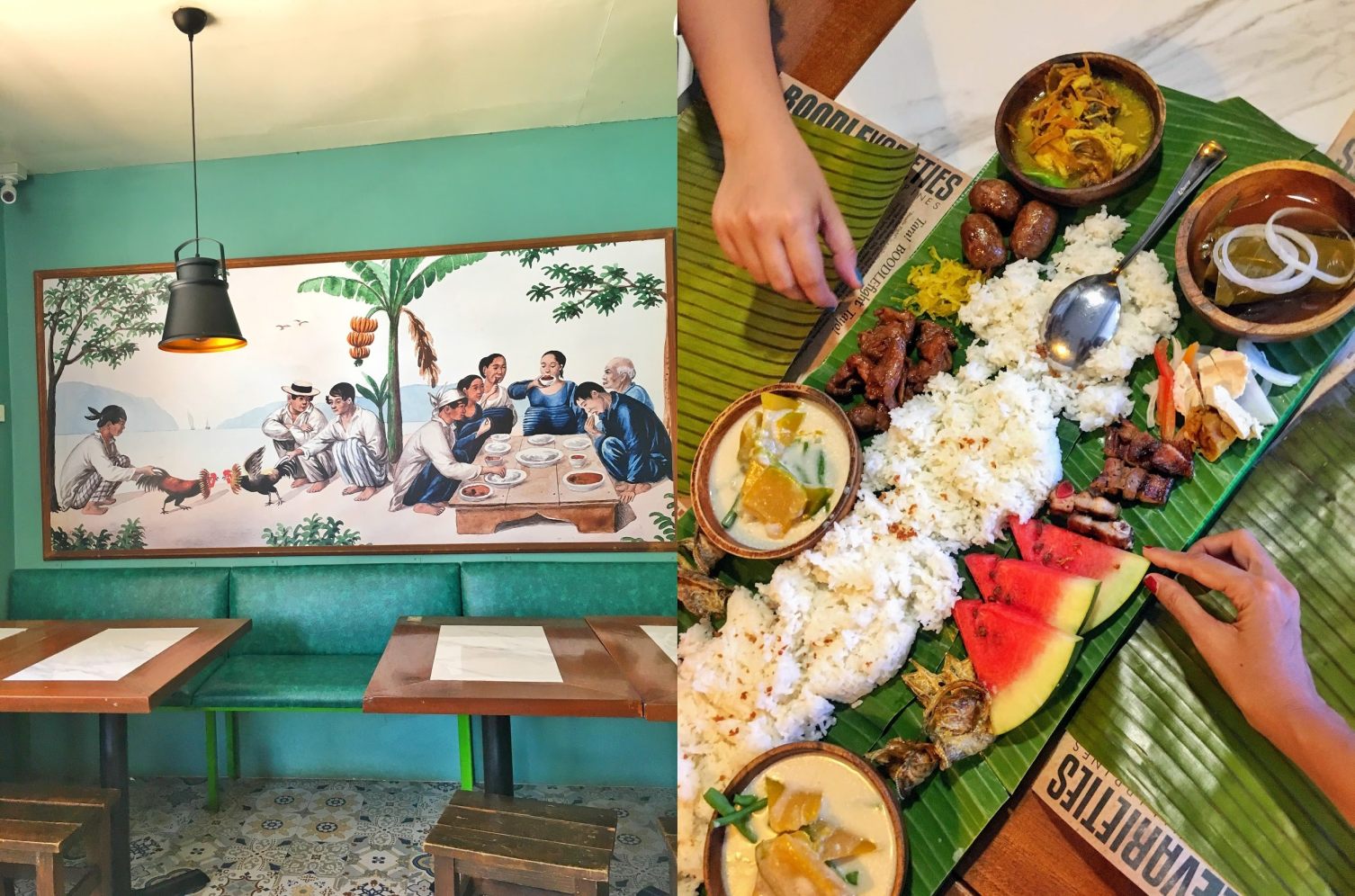 Quezon’s Best is owned by Pasciolco Agriventures which is known for producing world-class coconut products. There are two reasons why you should drop by here when you’re in Quezon Province. First, it is a souvenir shop selling local delicacies such as pancit habhab noodles, toasted maron, broas, apas, kropeck, chocovron, coco jam, coconut oil therapy, moringa oil, lengua de gato, banana chips, lambanog and more. The list goes on! Second, go there to taste their halo-halo. Instead of sugar, they use coco jam as sweetener. For those with sweeth tooth – do not leave this store without tasting the macaroon and cupcake. You’re welcome! 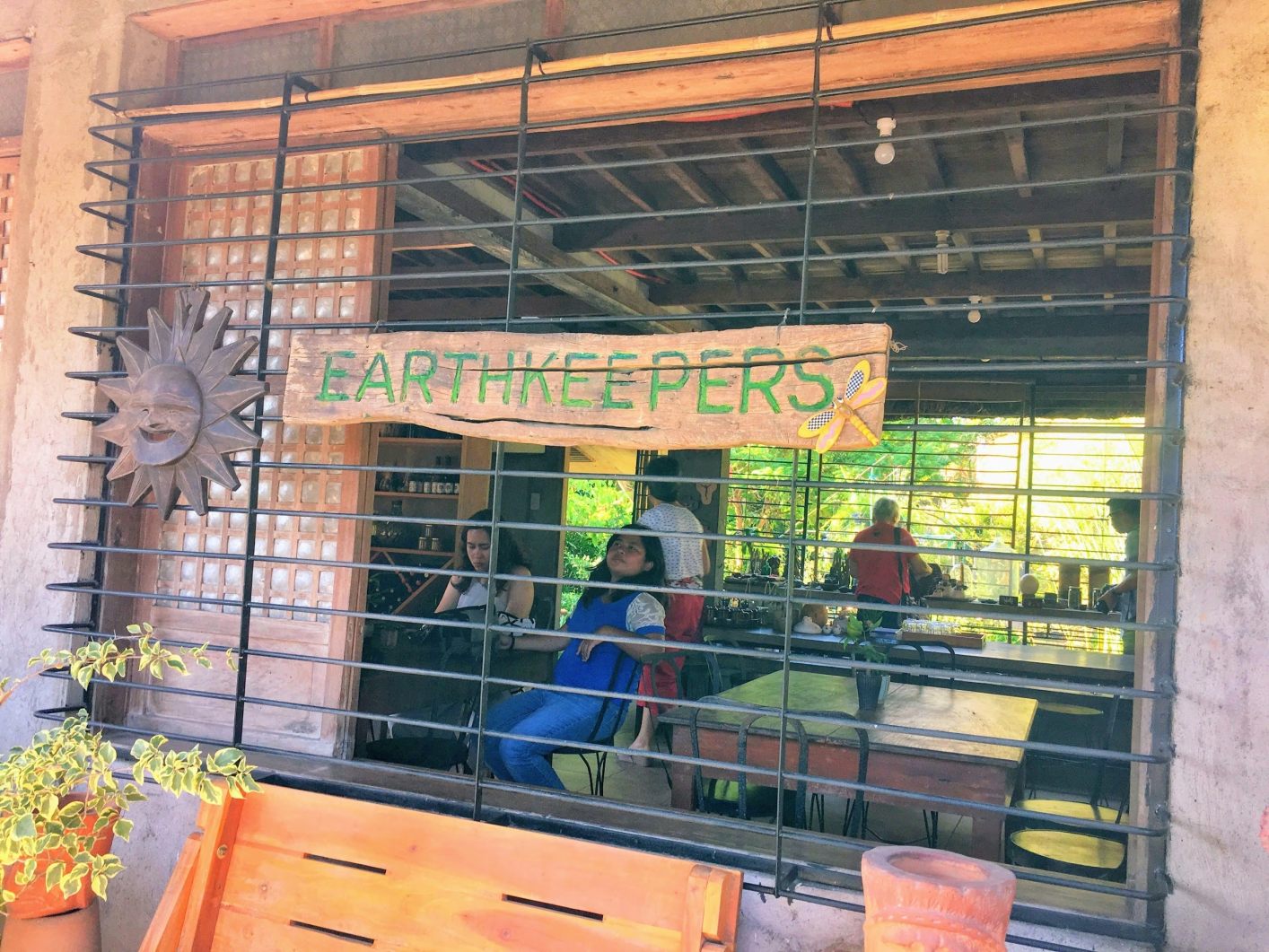 Earthkeepers Garden reminds me of my late grandma’s house. The path that leads to her abode, is full of plants and flowers. Earthkeepers Garden is a quaint shop selling souvenirs of all sorts including ornamental plants you can bring home. They serve tinolang native na manok, kinilaw na tanigue, sinaing na tulingan, ginataang kalabaw, kalderetang baka and monkey burger. The latter is not made of monkey meat but banana! They grow plants without putting any pesticides and chemicals. They follow the principles of natural farming and for some reasons they do not want to be labeled under the category of organic farming. On my next visit, I will need to clarify the difference between the two in their own words.

Coconut is a main product of Quezon province so like Quezon’s Best, Earthkeeper’s Garden showcased a local delicacy made of coconut as well. Just seconds after stepping inside, I can really smell the aroma of coconut wafting in the air! We were served “sinulbot”. This is the stage before it becomes kalamay – the sticky delicacy made of coconut milk, glutinous rice and brown sugar or latik. It takes a lot of efforts to cook “sinulbot”. It reminds me of “palitaw” but this is made of more coconut milk. “Palitaw” for me has harder texture but this one is soft and creamy that while I type this I am literally drooling. I wish I bought a bunch to bring home! The owner of Earthkeeper’s Garden said that back when she was a child, “sinulbot” is only prepared during special occasions like Christmas. Now, they want it to be shared whole-year round and of course to the younger generation to enjoy! 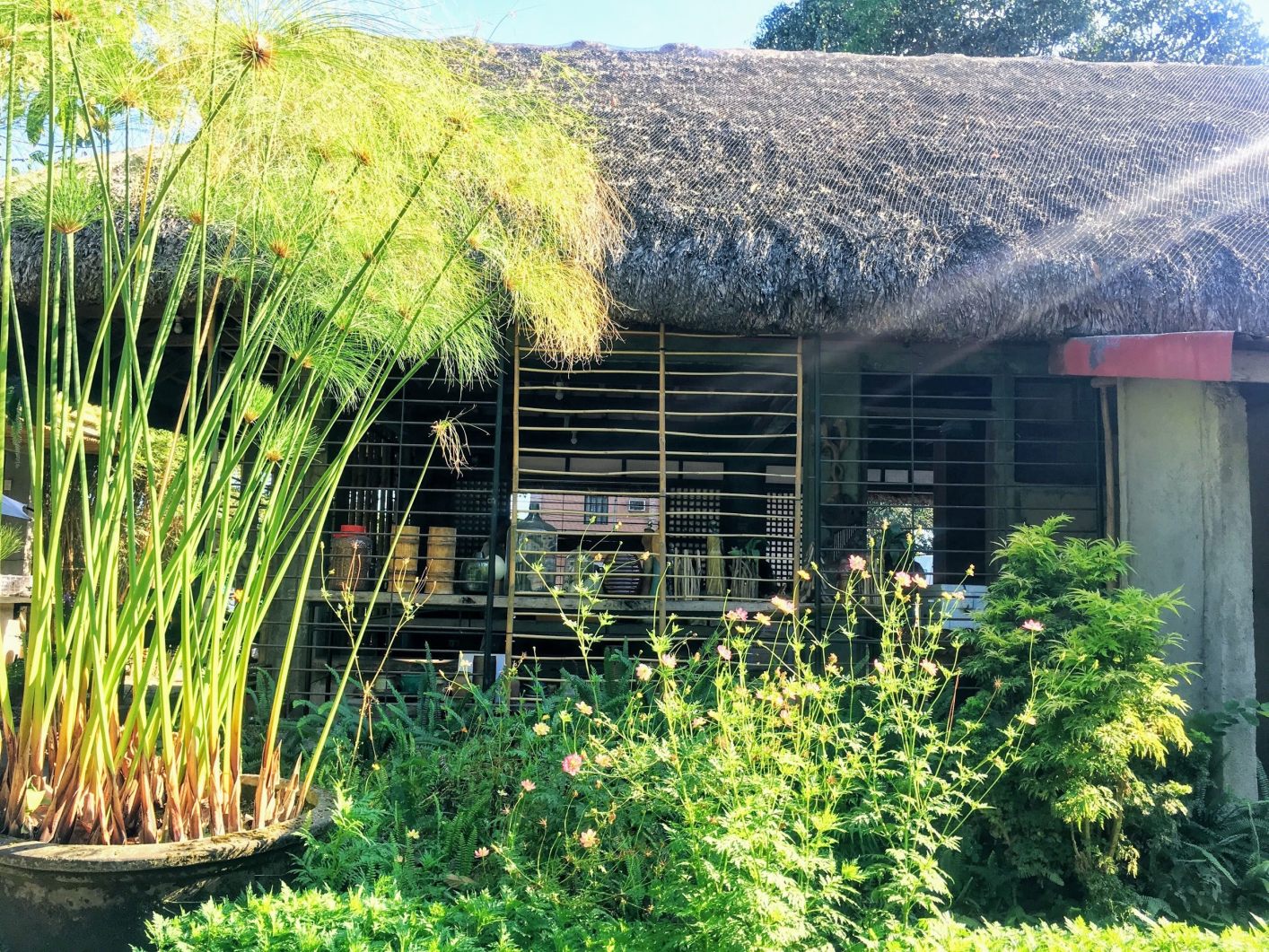 Dinner at Ouans The Farm Resort Ouans The Farm Resort hosted our overnight stay. Ouans is owned by the family of former chief of Philippine National Police. He was the youngest and longest reigning PNP Chief in Philippine history. Our candle-lit dinner provided by Ouans and QuePatta members was very special because we were able to sample Lucena and Quezon’s culinary delights. They served escabecheng Tagalog with shredded papaya, pinais na hipon ( shredded young and flavored coconut with coconut milk) and adobo sa puti (without soy sauce). I was so surprised when I saw “nilupak” served to us, it is a childhood favorite of mine! Everytime I go home in Bico, I never forget to ask Mom to cook me this. It is made of mashed cassava, sweet potato, saba bananas mixed with condensed milk and butter. However they added peanuts. I prefer the original version though.

“Tagayan” ritual followed after our sumptuous meal. Bottles of “lambanog” (local alcohol made of fermented coconut) were shared with each other as a sign of warm welcome to us. It was all I ever wanted to cap off the night – to get drunk a bit so I can sleep fast and wash off the hefty food we ate! 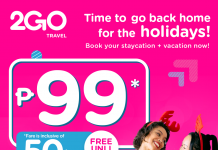 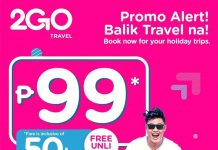 Blue Mountain Cabin Resort | Perfect Place to Stay When in...

Useful Tips for Better Sleep in a Hotel Room